The ITP Support Association has been sole funder of the UK childhood ITP registry since its inception in 2005.

Children with ITP in the UK have not been systematically studied in large numbers. Many may not require any specific treatment to raise the platelet count – because they have few symptoms and usually recover spontaneously within a few weeks. However, a significant proportion (about 20%) may not spontaneously recover within six months, these have chronic ITP. Children with chronic ITP may require treatment with drugs (steroids and intravenous immunoglobulin) or surgery (splenectomy) because their risk of serious bleeding is perceived to be greater.
Because no systematic study has taken place it is not clear if there are different subgroups who may respond differently to interventional therapy, or groups who are at particular risk of bleeding complications. The research aims to establish a UK database, which is linked to the international registry initiated by the intercontinental ITP study group (ICIS). Individuals with ITP will be followed over several years enabling us to obtain a analysis of remission rate, bleeding frequency and need for therapy.

As well as giving us more information on the natural course of chronic ITP the database is also intended to identify individuals whom may teach us more about ITP. These individuals will be approached to participate in additional studies. It is expected that the information gathered by the database will be stimulate further scientific research aimed to identify those children whom would benefit from early treatment and those children whom are best served by the avoidance of therapy.

How the Registry will work

The UK Paediatric ITP Registry intends to gather information on all new cases of ITP in the UK and follow children with persistent (chronic) ITP for up to twenty years.

In contrast to other studies we are encouraging recruitment from general paediatricians in local hospitals, rather than just from specialist centres. This approach will be more difficult to organise but should give a true reflection on the severity and outcome of ITP for children in the UK.

The UK registry will work closely with the Intercontinental Childhood ITP Study Group so UK data can be compared to that from other countries. The childhood chronic ITP registry received a final favourable opinion from COREC (central ethics) on 22 March 2006 and the final round of invites to all UK Paediatricians was completed in January 2007. The online database, parent information sheets and information sheets can be accessed via our website at www.uk-itp.org .

The key aims of the Childhood Registry are as follows:

An abstract of Dr Grainger's article based on results of this registry was published in August 2013 by the BMJ's Archives of Disease in Childhood. The full text gives an acknowledgement to the ITP Support Association for funding this work. 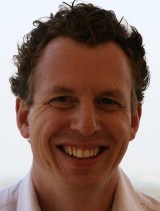