G’day from Australia! By Danielle Boyle

I was diagnosed in July 2015 by accident. I went to my local emergency department with chest pains, and after a full blood count and a chest x-ray, I left with an appointment with a haematologist and the possible diagnosis of ITP.

I think we can all agree that before being diagnosed, most of us hadn’t heard of ITP, Idiopathic Thrombocytopenia Purpura or Immune Thrombocytopenia, let alone know how to pronounce it!

Like many ITP patients, I started on steroids, and the steroids’ effects were intense. I went from being a happy and healthy woman to someone I didn’t recognise. (photos from day of diagnosis to 6 weeks later on steroids). 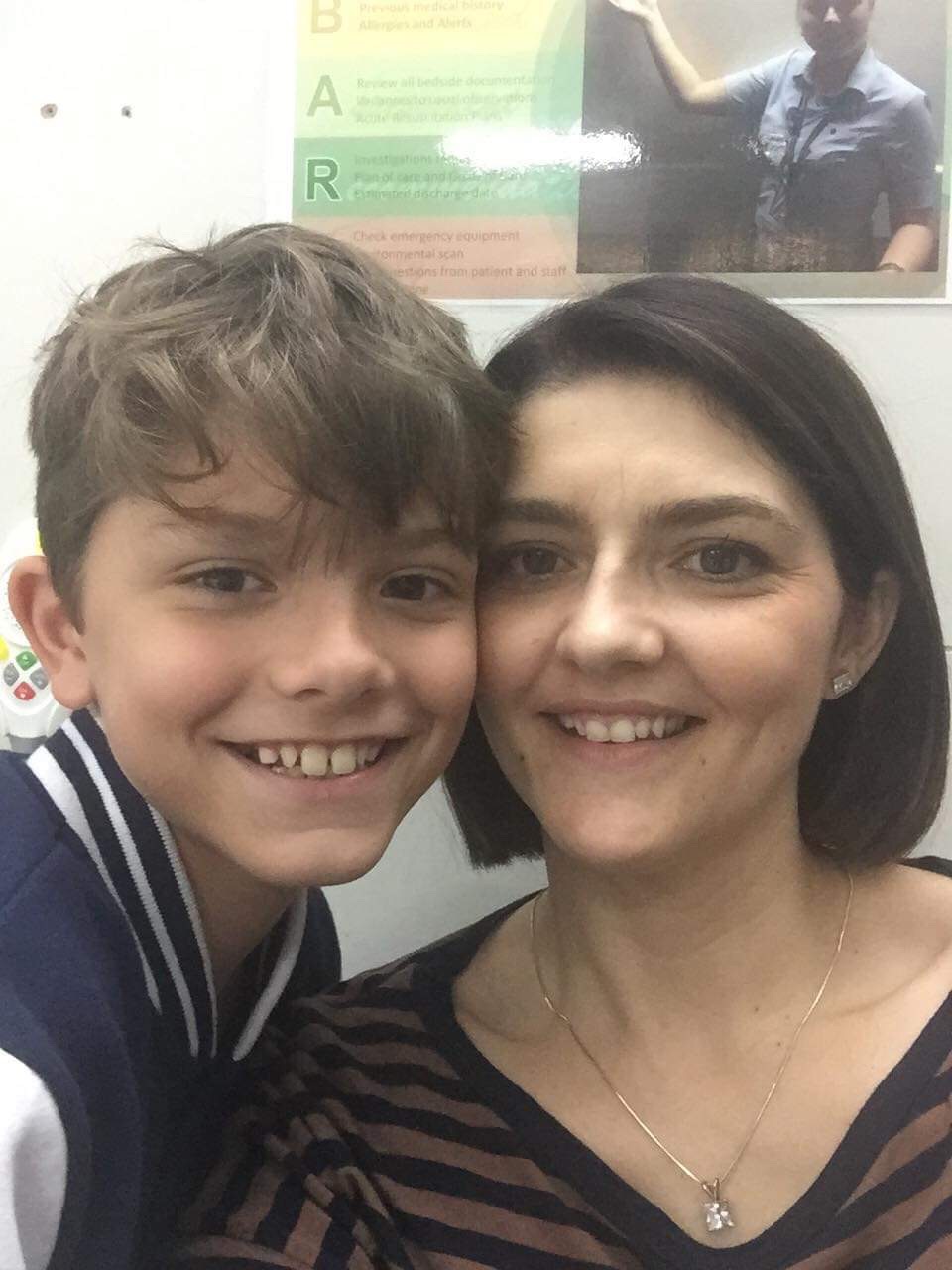 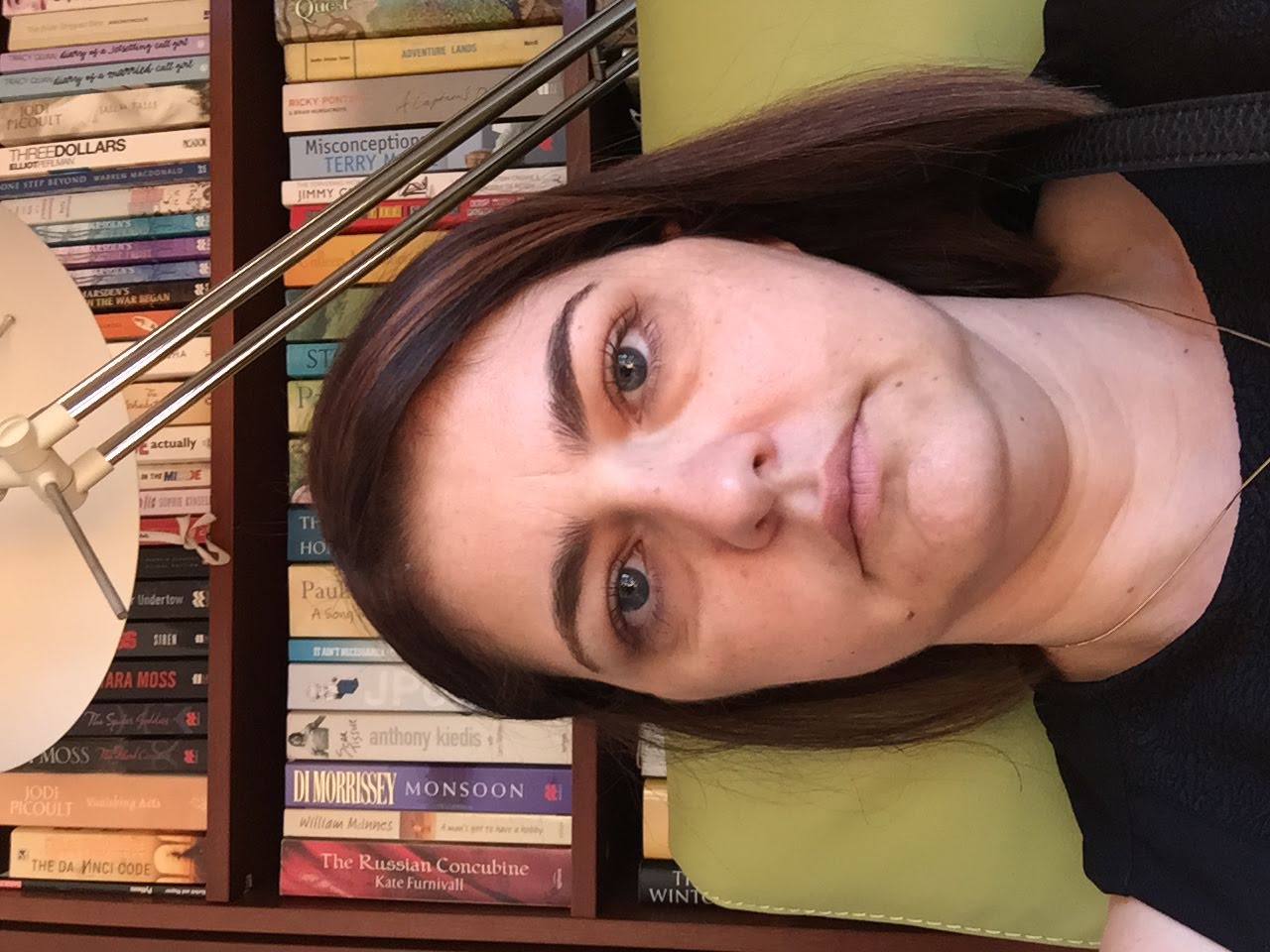 I was lucky, though, as I was placed on a clinical trial with a treatment that worked well for nearly three years.

Before the real ITP rollercoaster hit, I was lucky to work with the team at the PDSA for the PDSA Regional Meeting held in Melbourne in March 2018. At this meeting, I meet fellow ITP patients for the first time, including the passionate and enthusiastic Dale Paynter from the PDSA from Canada. For some patients, it’s decades before they meet other patients, so I made sure to relish the time I spent with everyone.

After this meeting, it was evident that we needed something here in Australia, so we pulled out all the stops and launched ITPAustralia.org.au later that year.

I then encountered my ITP rollercoaster. It included nearly every treatment available in Australia as time was limited as I headed to the UK for my daughter’s wedding in 10 weeks. The decision was made that it was time for a splenectomy, so we crossed our fingers, hoping that it would work and that I’d recovered enough to fly.

Well, of course, I made the wedding. I would have moved heaven and earth to make sure I was there. And while in the UK, I was invited to join the Global Alliance Meeting in Washington DC a few months later.

Again, just like in Melbourne, I was privileged to again meet ITP patients and ITP Patient Association leaders, from all over the world, including the ITP Support Association’s very own Mervyn Morgan. 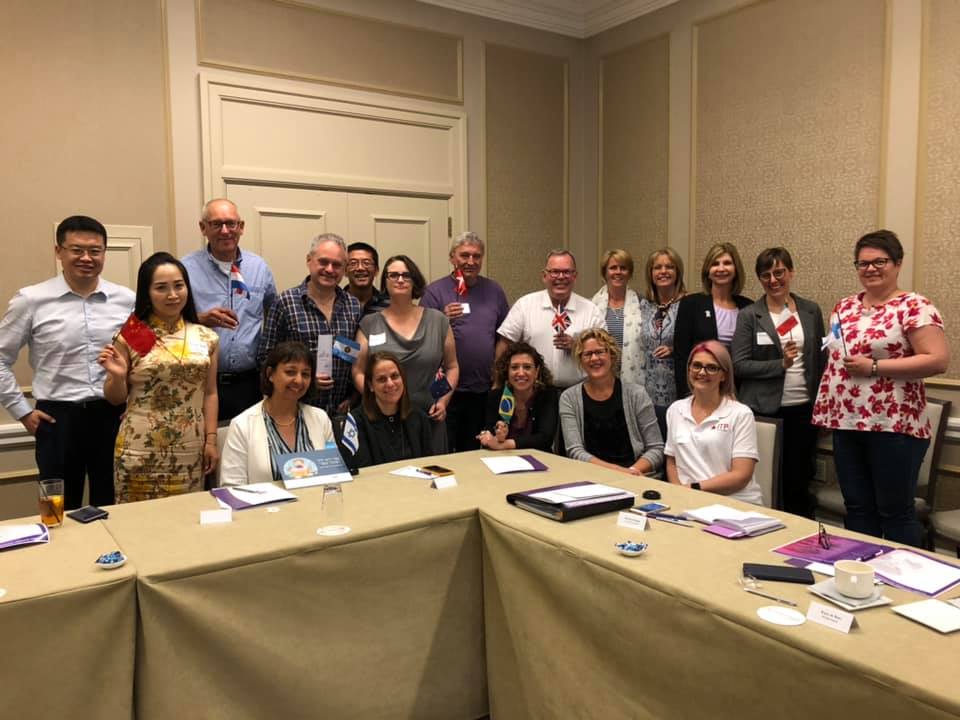 During this meeting, I realised that ITP Australia needed to be more than just a website, so I listened and learnt from everyone at the meeting and during the PDSA Patient Conference that followed.

With so many ideas running through my mind, I headed home, and we started running localised meetings, which can be tricky as Australia is 32 times larger than the UK. I travelled from the east coast to the west coast to meet with patients and their families and learn about their ITP Journeys. 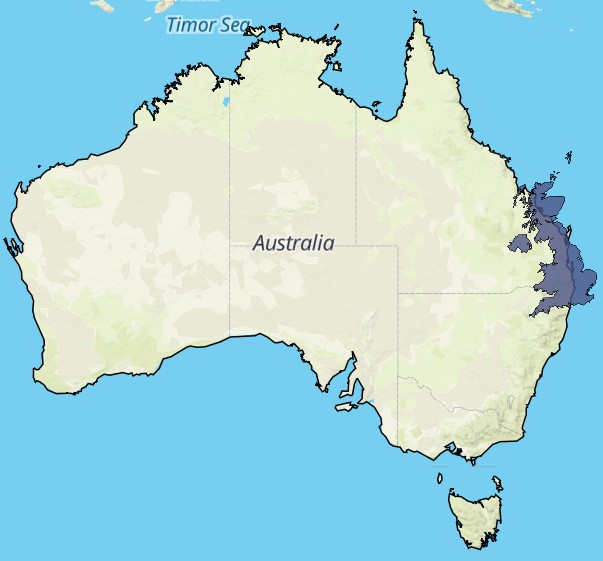 In early 2020, we’d been planning a nationwide road trip, which saw us travel to every state’s capital city and several vital regional locations—all of this with an ambitious timeframe of 12 months. However, COVID-19 changed all of this, and like many other patient associations, we took things online.

So being stuck at home, I hatched a new plan—a plan that may have rustled a few feathers, but always with ITP patients in mind.

We’ve been involved with the recent parliamentary inquiry in Australia into improving access to novel treatments etc. for people living with Rare Diseases and worked closely with several key stakeholders to work towards moving splenectomy down the treatment protocols, with the primary objective of ITP patients receiving access to TPORAs (Eltrombopag & Romiplostim) BEFORE splenectomy ~ Unfortunately, in Australia ITP patients are still required to undergo a splenectomy before accessing these treatments and having them subsidised by our health system.

As part of this treatment change, a team of leading ITP clinicians from the Thrombosis and Haemostasis society of Australia and New Zealand (THANZ) recently published our first local treatment Guidelines for Adult patients. Previously, we’ve used the international consensus report, so having our guidelines has been invaluable, not just for patients but also clinicians. 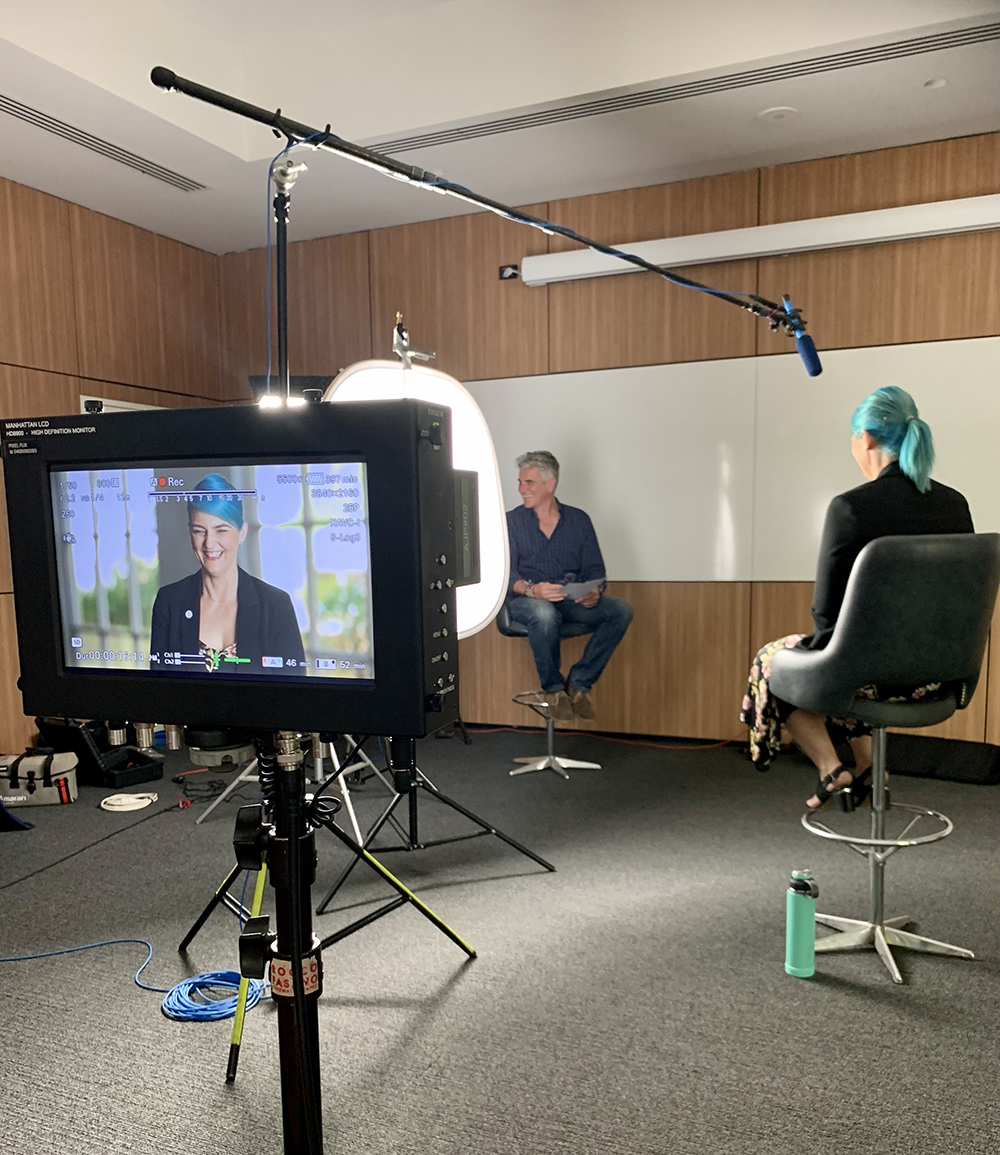 We’ve also been spreading the word about ITP right across Australia. During ITP Awareness Week 2021, several locations and buildings turned purple of ITP, including Tasmania, Queensland, Victoria and Western Australia. In 2022 we’re hoping to get even more, so watch out for updates on our social media pages. We worked with the ITP Support Association and the PDSA on a joint webinar, and we’re planning more joint activities with our patient association partners for 2022 and beyond. 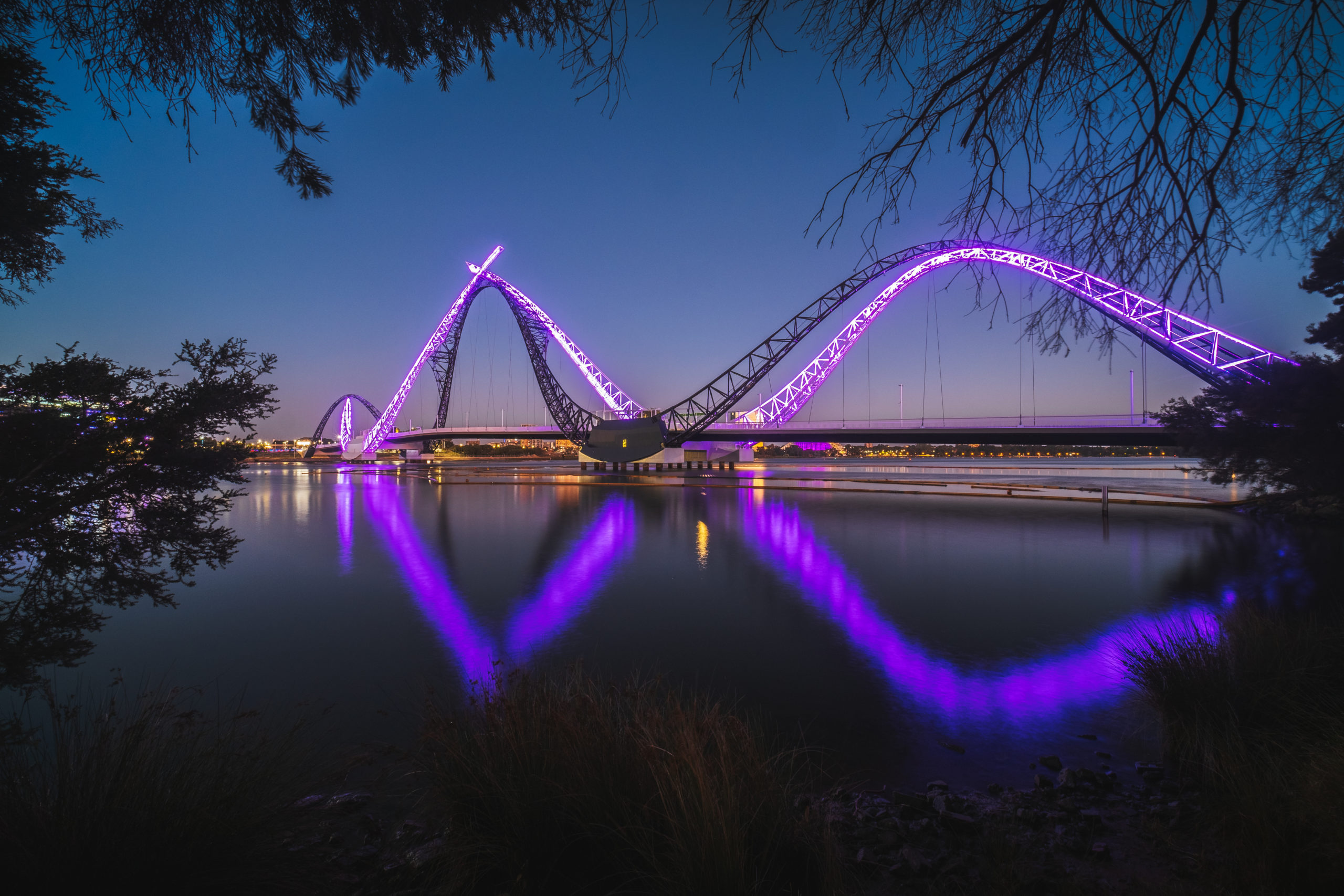 It's now been nearly seven years since I was diagnosed with ITP, and I’m thankful that I was. I’ve found what I’m passionate about. Yes, there are good days and bad, but you can’t have rainbows without the rain.

ITP Australia started a few years ago from an idea and a drive to do more. ITP Patients are at the heart of everything we do and every decision we make. We want to make sure that ITP Patients aren’t just seen but heard and supported.

Many people know me mainly for my constantly changing hair colour, one day blue and the next purple, but like many Aussies, I’m loud, a bit pushy but here to make a lot of noise until all ITP Patients have their voices heard.