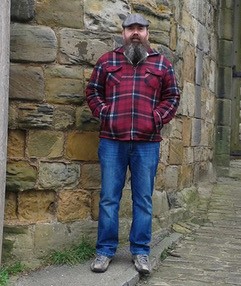 Hi, I was diagnosed about 16 years ago when I was 40 but probably had it quite a long time before that, I just never bothered going to see the doctor about the bruising. I do not do doctors.

I found out because my wife made me go for an MOT at the doc's because she thought my diet was bad (it was pork pie, dripping, bacon etc), after a blood test they found my count was in single figures and thought I had Leukemia!! so gave me a bed in the local hospital and after a few more tests and days in the Cancer ward they diagnosed me with ITP and started me on Steroids. That was a bit of a relief to be honest.

I stayed on them for a while but suffered side effects so took myself off them one weekend and found my platelets were steady around 30 which apparently was fine. I started having 6 monthly blood tests to make sure it stayed around that number. I did not change anything in my life they said I was fine with 30 so lived with that count, knowing when it dropped, generally when I felt unwell, and again knowing when it returned to my normal because I did not bruise as much. I was told 30ish was my norm and tiredness were the ITP way of life.

In 2013 I had to have a tooth out in hospital, so they put me on steroids for 3 weeks and my count shout up to 100 or so and the tooth was taken out and my platelets returned to 30ish soon after. All was good and I continued to live a normal life, riding my motorbike with the club, and doing everything I had always done, just being careful not to hit my head, and also put up with the tiredness. A year or so after I went to annual blood tests.

In late 2018 my wife died and from then to early 2019 I was really run down and around February had a really bad chest infection, and noticed I was bruising worse than normal so thought I'd check my count at the hospital, I never bothered with my local quack, I was an outpatient and, on their books, so could go and get checked out when I wanted. My count was 3. They did all the usual panicking, booked me a bed, and started me on steroids (Prednisolone) which had a brief affect, enough to get me out of hospital at least, but it then dropped again to single figures.

From then until now, February 2021, I have tried Ivig which took my count to 30 for a day and gave me a massive 3-day headache, then it dropped again. I tried Eltrombopag (Revolade) which I hated and suffered loads of side effects and it did nothing for me, then was put on Romiplostim (Nplate) which again blipped my count up and down numerous times. Currently my count is holding at 10 and the side effects are constant and horrible, I briefly stopped the injections for some relief, then started again and as usual, side effects but no positive effects.

I did stop drinking this year to see if that was causing an issue, it was not, but I have not started up again yet just thinking about it, I do miss my whiskey. My next drug I am trying with the Romiplostim is Mycophenolate. My consultant thinks a cocktail may work better; I am not convinced. I have discounted a splenectomy numerous times and will continue to do so. No means no.

Maybe 10 is my new norm I do not know, but if I stop the drugs it goes down to 3 or 4, so maybe 3 is my new norm, anyway I continue to live life to the full, bruising like a ripe banana and trying not to fall off my motorbike, or at least hit my head. I count myself lucky I am not a spontaneous bleeder, just a bruiser, (I do bleed a lot when I hurt myself in the garage, gaffer tape is great for stopping it), and get big lumps when I knock myself, and obviously being tired all the time which is really annoying.

I do not worry about it, what is the point, I changed hospitals after getting a second opinion from Dr Quentin Hill at Leeds hospital (top bloke, knows his stuff) which annoyed my consultant. They were not really engaging with me anyway, and I did not like them. My new Consultant seems to know more and really wants to help, I have a lot more confidence in her, sadly my body just does not want to respond to anything. Maybe a whiskey might help. Anyway, that's my story, pretty mundane really.

I keep waking up in the morning so thank God for another day and get on with life.