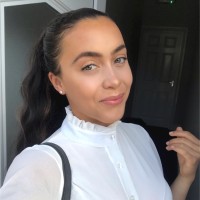 We can all have a habit of believing we’re invincible in some way or another. In particularly in adolescence, as a young fiery spirited child, full of unscrupulous energy and an innocent sense of the world, I felt this way. Growing up, I lived a pretty cush life, awesome parents, incredible family, great friends and a wealth of opportunities. But at the age of 8, my rollercoaster journey with ITP began, of which I am sharing with you today.  I hope this piece, may provide some candid knowledge of life with ITP, and particularly through the perspective of an adolescent but also offer conjure an optimistic stance on ITP, for everyone to take from.

I vividly remember, most memories as a pre-teen living with ITP. I distinctly can recall, the initial adrenalin rush, of being taken to hospital for the very first time. Directly oppositional to my parents panic stricken faces, contrasted my excitement to have time of school, lay in bed all day watching day-time TV and eat an abundance of snacks, whilst being prodded and poked by perplexed doctors. However, my enthusiasm for a relaxed bed-bound hospital life, quickly dissolved, alongside my rapidly declining platelet count.   At the age of eight years old, I began various courses of treatment, and my extensive bleeding episodes became more frequent. The dwindling moral of doctors, that as a young person I would ‘grow out of ITP’, came more infused with every unexpected hospital visit. By the tender age of 11, I had experienced possibly every symptom ITP, could hurdle at my frail body. Severe 6-hour nosebleeds, purple/red petechiae, continuous gum bleeds and mouth lacerations, and the best part- the beginning of my (Carrie horror-film like) menstrual cycle- the joy! Not to mention, the questionable extreme- bruises, that brought frequent, uncomfortable, conversations with schoolteachers, friends-parents, that left me floundering for an articulation of a disease, I did not even really understand myself. Meanwhile, I watched my parents emotionally struggle with the heart ache of being worried for their child. This ultimately hurt the most. I believe when you go through the motions of illness, even as small child, the power of your parents’ (loved ones) feelings, is deeply affectual. I tried my upmost, to keep upbeat, happy-go-lucky Ella, that had always been, previous to ITP, but my transfer to Birmingham Children’s Hospital after my local hospital became too puzzled by my condition, really hit a core.

The fear began to ramp up, as I began intensive treatment in the Oncology and Haematology Clinic at BCH. Entering new exhumed territories can be intimidating for any person, but as child, surrounded by profoundly sick children (Various oncology diseases - in particular-), I believe generated massive bouts of anxiety for myself and family included. My eventual spleen removal, ending in me busting out of my stitches, within 24 hours after operating, due to excessive blood loss, to only be told, my platelets had reached a grand total of 4, was an extremely low painful point. At this point, I really had exhausted all medical options. This was not until the miracle drug Eltrombopag, introduced to myself, after being sent for a consultation at Manchester Great Ormand Street after down right baffling the Haematology team at BCH. Back and forth, up and down, test after test, after a few terrifying hurdles. One being, an accidental overdose, which cause my platelets to skyrocket into very high 3 figures, or the violent fitting episodes from internal bleeds, when my platelets would so casually plummet.

Overall, my experience with ITP as a pre-teen, moving on until my early adolescence, rests with uncertain emotion. I can’t say I’m neither grateful nor saddened by my relentless hospital endeavours. I sit somewhat neutral with positive and negative perspective of the experience. Positive; meeting an abundance of enthusiastic medical professionals (Thankyou NHS staff for everything), attending the once-in-a-life-time trip on Dream- Flight, and my sensational experience of speaking at the Houses of Commons on behalf of the ITP Support Association, are just some highlights to name a few. But the more scarring experiences, dim the light… the extreme disquiet I had for my family (particularly parents) emotional wellbeing, the investigative questioning from concerned adults for my unexplainable symptoms, the harassment from school peers for looking sick (particularly bloating from steroid treatment never went down well, nor the disturbing mouth blood blisters.), and overall, the missed opportunities of a normal childhood, to be free, careless and just enjoy life without hospital.

Fast-forward to 19 year-old me in April 2019. A big jump I know, but after my ITP seemingly fading away at 14 years old, with successful treatment, ITP was the leeeeassttt of my problems. Second year of university, full of steam (and alcohol), ultimate freedom, meeting new people, experiencing the world and most importantly (mom and dad you’ll like this), collating an abundance of educational and professional experiences to set me up for the world of work- Yay!

April 2019, my best friend, Lauren and I, took to Birmingham for a concert & night-out. Upon traveling to our city destination, I noticed a few bruises up my arm. I really didn’t think much of them at all, and certainly wasn’t going to let a few unexplained bruises ruin our fancy night ahead. Upon getting ready for our night out, I took to the ring light mirror in our hotel bathroom to begin my extensive makeup routine. There, staring right back at me, small purple spots unnervingly transcending my upper lip. I tried not to panic, as I still was adamant about having a good night. I gulped down some wine and tried to forget what I saw.

The next day, I returned back to my university city and immediately visited A&E as the spots rapidly turned to blisters and my arms took over with purple, green tinges. I found out, fairly quickly, my platelets were back under 10. A week before my 20th Birthday. Confused, upset and panicked, I broke the news to my parents, who were equally devastated. I instantly started treatment, to initially boost my platelets count out of ‘danger zone’.  I started *, and reacted BADLY with acute meningitis, but not before being sectioned into quarantine for a suspected tropical virurs. But none of this, mattered to me, not my weakening health, none of it. What deeply mattered to me, was I was missing university terribly and importantly, deadlines for the all-important summer internships. I frantically forced myself, from my hospital bed, to catch up with lectures and prepare for my upcoming internship interviews, but it was so painful and exhausting. Even more nauseating was having to actually confront my medical issues and make ‘adult decisions’, that previously my parents would have made, such as final say on treatment options, comprehending information etc. I realised, I not only took for granted my parents making sense of my ITP when I was younger, but completely depended on them. My parents tried to be by my side, all of the time, but logistically being in another city to them, I ultimately had periods alone in hospital which was unnerving and mentally testing.  After 9 months of trial and error Romiplostim treatment, I have finally stabilised, to a normal count of around 150 – 200. Even more profoundly (to me personally), I still landed my dream internship into the Civil Service and received a scholarship to the University of Amsterdam, all whilst coping with my new diagnosis.  Not without its difficulties, stress, bleeding episodes, missing the first week of my internship due to excessive bleeding and visiting A&E in Amsterdam, but I ultimately survived, and I am stronger for it.

I am still not out the ‘clouds’, with the ultimate all clear, but its ITP, - it might veer its ugly head again one day. But, with the bottom of my heart, I am now, sincerely grateful for my journey and have grown to appreciate the life lessons ITP has forced me to take, especially as a young-women, trying to make sense of the world. To name a few,