Adrian Newland is Professor of Haematology at Barts and the London School of Medicine and Dentistry, Queen Mary University of London and is an Honorary Consultant at Barts Health NHS Trust. He has a particular interest immune thrombocytopenia and hosts the only tertiary referral centre in the UK; the UK ITP Registry.

He has an interest in novel treatments and support therapy and is involved in guideline development and the multi-disciplinary approach to patient care. He has a research department within the Medical School. He has recently stepped down as Director of Pathology for the Trust. He was chair of the London New Cancer Drugs Group and the Cancer Drug Fund for London and Deputy Chair for the National Chemotherapy Clinical Reference Group. He is chair of the NICE Diagnostic Assessment Programme and of the Healthcare Forum for the UK Accreditation Service and is currently the National Clinical Advisor in Pathology to the NHS.

He has published extensively on Immune thrombocytopenia and supported Shirley Watson when she formed the Association in the mid-90s and is a strong believer in involving patients in their disease and care. He has been a medical advisor to the Association since then. His clinical department hosts many clinical studies and the research department is looking at aspects of the immunology of autoimmune disease and he was instrumental in the development of the national ITP Clinical Forum. 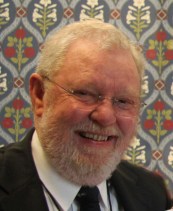 Derek Elston, a chartered surveyor by profession, was born and bred in the Wirral and educated at Kingsmead School in Hoylake and at Ruthin School, N.Wales. On leaving school, he qualified in the valuation of industrial plant and machinery installation. His professional career has taken him on assignments to many countries throughout the world.

Derek has been an external tutor at the College of Estate Management, part of the University of Reading and has also been an examiner in the valuation of plant and machinery for the Incorporated Society of Valuers and Auctioneers. In 1976 he had the honour of being their National Junior Chairman and in the same year was appointed to the board of that professional body, prior to their amalgamation with the Royal Institution of Chartered Surveyors.

He was diagnosed with ITP in 1994 and became a member of the ITP Support Association in 1997. He was appointed a trustee in 2009 since which time he has developed the European connections and is the ITP European representative on the European Haematologist Association patients advocates board. He has attended many patient workshops sponsored by the European Parliament and has participated as patient representative in several other research organisations/committees in the UK and Europe including NICE. He has presented papers in Portugal, The Hague and Brussels on the patients' perspective on ITP and its treatment. 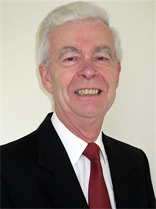 Colin has suffered from ITP for a number of years and is a retired Chartered Accountant who has considerable experience of working with Charities.  Currently he is the Chairman of a Charitable Trust which is required to financially assist the  “poor and needy” of Bristol.

Historically he was a Member of a former District Health Authority which had responsibility for the local teaching hospitals. This necessitated close liaison with the adjacent medical school which, together with his professional activities, has led Colin to have an interest in academic medicine.

Colin has written a book on the history of his old school, travelled extensively around the world including being a cruise ship lecturer talking on globalisation and is a passionate supporter of his local football team, Bristol City. He has also been very active in public life and is an Honorary Alderman of the City and County of Bristol. 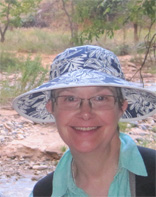 Xenia is 63 and still determined to get the most out of life despite her ITP and the fatigue that goes with it. She enjoys travelling and getting out into the country when possible . She is lucky to live on the edge of Horsell Common (famous for the Martians landing there at the start of War of the Worlds) and the Surrey Hills. She also enjoys the cinema and theatre and the odd book when time allows. She has been to nearly all the ITP conferences and was delighted to be the lay member on the research committee. She hopes that being a trustee will allow her to both learn from and give more to the ITP Support Association (the Association)

Before she retired she worked as a pensions lawyer in the City, often training and advising pension scheme trustees.  Although she is a bit rusty, she will be able to bring this training and experience to benefit the  Association and her fellow trustees. Law was her second career. She first qualified as a social worker with a special interest in placing older and more difficult children in foster and adoptive homes. She hopes to bring both her experience and  a creative, can do attitude to her role and to help the Association as it moves forward to confront new issues and medical developments. Never forgetting that the bedrock of its work is to inform and support those suffering from ITP and those who treat them.