In 2011 The ITP Support Association approached a leading specialist in gastroenterology research, Professor Hunter, to ask if he could investigate whether food intolerance might be more commonly associated with ITP than is currently recognised.

ITP and diet
It is not unusual for those with ITP to consider changing their diet in the hope that the ITP may simply be a reaction to something they eat, or that a special diet may help to raise their platelet count.

Known cases of food intolerance affecting platelet count
A few cases of food intolerance have been written up in medical journals and over the years the Association has received anecdotal reports from a few ITP sufferers who were diagnosed with coeliac disease after ITP and found that adopting a gluten free diet helped both conditions.
It was not known if these food related ITP cases are extremely rare, or whether food intolerance might be implicated with ITP to a much greater degree than is currently recognised.

How was the research done?
Professor Hunter devised a study to investigate the incidence of food intolerance in ITP patients and invited adult ITP patients from the ITP Support Association membership to take part if they met certain criteria; they should be between the ages of 18 and 65, have chronic primary thrombocytopenia with a platelet count of less than 100 for at least 12 months, and not have ITP secondary to any other condition. Patients who had undergone splenectomy were be included providing they are taking no other antibiotics than penicillin. This project, funded by the ITP Support Association, was based in Addenbrookes Hospital, Cambridge and and was run by a team including Dr Trevor Baglin (Consultant Haematologist, Addenbrookes Hospital) and experts from Cranfield University (Bedfordshire) and the Open University (Milton Keynes, Bucks).

The second phase
In 2013 The Food Intolerance Study ceased recruitment of patients and controls and moved on to the second phase with certain groups of participating patients being invited to return to Addenbrookes to start the appropriate diet for their particular results. The ITP Support Association is most grateful to all the patients who volunteered to take part in this study and also to family members who offered themselves as 'controls'.

After all the results had been carefully scrutinized,  Professor Hunter told us that the results had not proved that ITP was commonly caused by food intolerance or allergies, but there was evidence that study participants with ITP had different gut bacteria from the healthy controls. It was agreed that he and his team should move to an extension of the study, funded solely by the ITP Support Association, with gut flora being examined in more depth. Some patients who participated in the the initial study were invited to return and others who met the criteria were be recruited.

The study was open to adults between the ages of 18 and 65, who had chronic primary thrombocytopenia – ie. a platelet count of less than 100 for at least 12 months, and whose ITP was not secondary to any other condition. Participants who had undergone splenectomy were eligible for inclusion provided they were taking no other antibiotics than penicillin. Participants registering on the study were invited to bring a partner or friend as a healthy volunteer so that results could be compared.

After an initial interview with the Professor Hunter to assess suitability for the trial, participants were asked to provide a sample of both blood and urine. Then they were sent a kit to collect a stool sample in the convenience and privacy of their own home which was sent directly back to the laboratory

Professor Hunter will be presenting the results of this study at the ITP Convention on 13th May 2017. 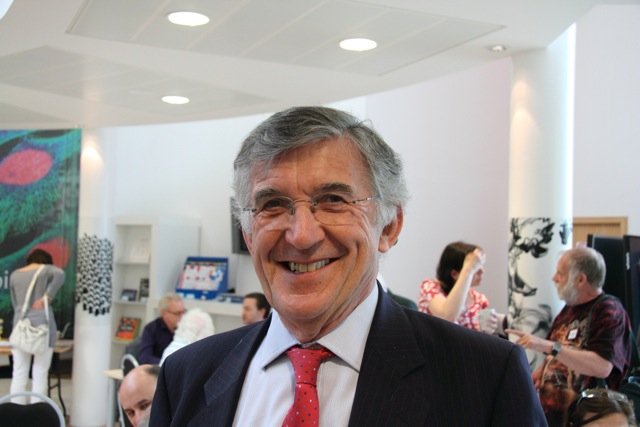 You can make a donation by clicking the Charity Choice logo below:

or you can become a Member of the ITP Support Association, click the link below: